If you don’t know who Usain Bolt is, I would question whether you have been living under a rock for the last ten years!

… but in the very rare case that you haven’t heard of him, it says on the back of the book that he is the winner of 6 Olympic Gold Medals and 8 World Championships and he is The Fastest Man on Earth.

(P.S. He won more medals and titles after publishing this book)

About the Book: Faster Than Lightning

It goes through his life from childhood to becoming The Fastest Man on Earth and one of the most recognizable sports stars on the planet.

(It doesn’t include the Rio Olympics as this book only goes up to 2013, but if you really want to know what happened in Rio, click here.)

I found it interesting to learn more about where Bolt grew up, his culture, as well as understand more about the sport and the training involved.

For example, if you talk to me about sprinting, I just assume that it’s running from A to B really fast – and yes, that is essentially what it is, but there is also a technical side. Bolt shares some of this information in the book and it helps to give you a greater appreciation of what it takes.

I do have one massive negative with this book.

I cannot hear him. (And this is the reason why I have given the book such a low score on readability, even though the book is really easy to read)

I know for a fact that Usain Bolt didn’t write this book. His skills lie in running; he is an Olympic athlete, he is not a writer. So instead, he has outsourced the writing of the book to someone else.

This is fine. I don’t have a problem with this and a lot of people do it.

I have another book that I have read and reviewed and that is very similar – Crush It! by Gary Vaynerchuck. Now, if you know anything about Gary you’ll know that he is not a talented writer. The same as Usain Bolt, that is not where his skills lie. Gary is an entrepreneur, so instead, he dictates his books and someone else takes his words and puts them down on paper. But when I read Gary’s book, I get a sense of who he is. I can hear his voice on the pages. When I watch him on Facebook or YouTube, he sounds just like the book.

When I read Bolt’s book, I cannot hear Usain Bolt at all. It reads almost like a fictional story. There are sentences that I can’t imagine him saying.

Here are some examples.

Very early on in the book on page 4, he is explaining his car accident and it reads…

“A truck rushed towards me, spray firing up from its wheels like a dozen busted fire hydrants.”

“My world turned upside down, I felt like a piece of training kit on a spin cycle in the washing machine turning over and over.”

Neither of them sentences sound like anything Usain Bolt would say.

A couple of times throughout this book, and even when I finished it, I Googled ‘Usain Bolt Interview’ so I could hear him speak and see if I could hear any of him in the book.

He doesn’t come across on the pages at all.

And for an autobiography, not being able to hear him is a massive let down and takes a lot away from the book.

Athletes and entrepreneurs often share the same stage as within the athlete’s road to success you can often find some entrepreneurial and business lessons. However, with this book, I was really disappointed. I didn’t get any of that type of value.

Yes, it was interesting to know a little bit more about the sport and his story, but overall, I don’t feel as though it gave me much value compared to the time that I invested in reading it.

I wouldn’t say that it was particularly motivating or inspiring, and therefore I would only recommend it to those that have a keen interest in Usain Bolt or Olympic Sprinters, or if you just want to pass the time of day.

Have you read “Faster Than Lightning”?

This book review is my personal opinion and experience of “Faster Than Lightning.” 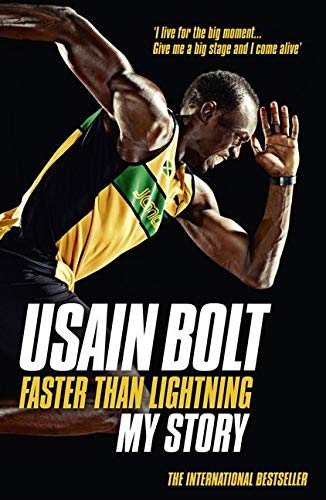 Faster than Lightning: My Autobiography
$14.55
Buy on Amazon
Sale 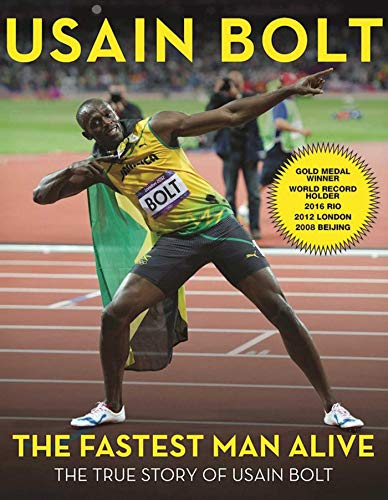 The Fastest Man Alive: The True Story of Usain...
$7.58
Buy on Amazon
Sale 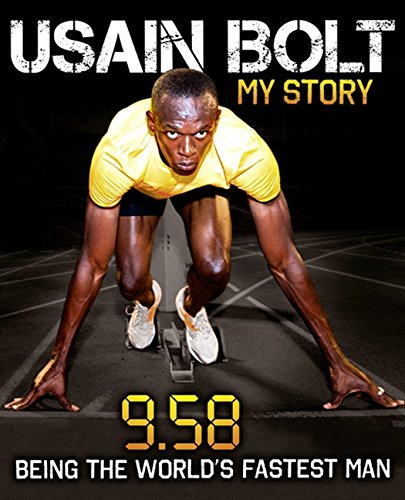 Athletes and entrepreneurs often share the same stage as within the athlete's road to success you can often find some entrepreneurial and business lessons. However, with this book, I was actually really disappointed. I don’t think that I got any of that type of value out of it. Yes, it was interesting to know a little bit more about the sport and his story, but overall, I don’t feel as though it gave me much value compared to the time that I invested in reading it.

Why Are Marketers Trying to Have Sex on the First Date?

Taking a P&O Mini Cruise from the UK to Amsterdam