For those that don’t know, Claude Littner is the right-hand man of Alan Sugar and also stars in the UK TV show The Apprentice.

About the Book: “Single-Minded: My Life in Business by Claude Littner”

As you would expect from an autobiography, this is Littner’s life story.

Starting from when he was a young child, to attending school, to his first experiences in business, to running his own company, to being at the helm of some large and powerful companies, to meeting Alan Sugar, and finally, starring in The Apprentice.

Basically, everything business-related up until the day the book was published.

Usually, when you read the autobiography of a celebrity or someone who has been in the media, you have a rough idea of what is going to happen in the book. Whereas, in this book, there are a few things that I didn’t know about Claude which made the read a little more entertaining for me.

(I’m not going to tell you what those things are because I don’t want to spoil the book for you if you do decide to read it.)

Littner is most famous for starring in The Apprentice alongside Alan Sugar. He’s also Sugar’s right-hand man in real-life business as well, not just on tv.

I have also read Alan Sugar’s autobiography, What You See IS What You Get, and you can also find my review for that book on this website.

If I had to pick which one I would recommend the most, I would have to say that I prefer Littner’s book, for a couple of reasons.

Secondly, even though they are both straight to the point and very refreshing to read, I do find the stories in Littner’s book more entertaining.

Although, if you are interested in both characters then I would urge you to read both books because they do overlap. (It’s kind of like Marvel – you have the Iron Man series and the Thor series, but they come together in the Avengers.)

I do have a personal confession to make.

I had to read this book with my laptop open, and with access to Google, because there were a few words that I didn’t understand.

Littner (or his book editor) is obviously better educated in the English language than myself (English has always been my worst subject).  Therefore, I had to look up a few words in order to learn their definition.

If you are like me, and you don’t have a vast range of vocabulary, then you may want to do the same. I could have gotten by without the use of Google’s dictionary, but in order to develop my own language skills, I was researching every word that I had never heard or read before.

What makes this book a little different from the other autobiographies of entrepreneurs that I have read, is that I would class Claude Littner as more of an employee.

Now, I don’t mean that in a derogative way because he has founded his own company, and he explains that section of his life within the book, but his main role and skillset lies in going into large companies that are struggling and turning them around to make them profitable again.

He’s the turnaround guy – something is broken, you hire Claude, send him in, he fixes it, and everyone becomes happy again.

He enjoys being in the trenches and getting his hands dirty.

You can extrapolate a lot of business lessons from this book, and, because it is an autobiography, I find it a lot more entertaining to read compared to a generic business book that just goes over business concepts and theories.

Have you read “Single-Minded”?

This book review is my personal opinion and experience of “Single-Minded.” 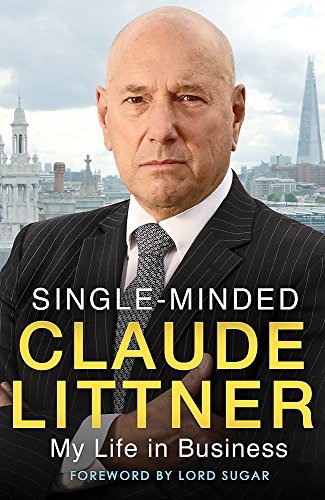 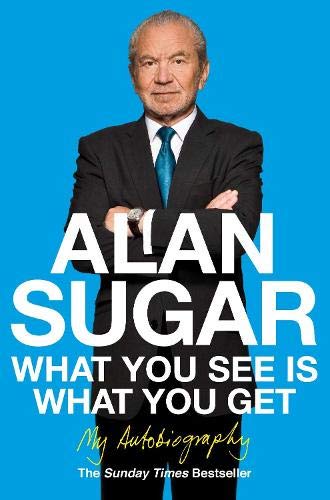 What You See Is What You Get: My Autobiography
$17.95
Buy on Amazon 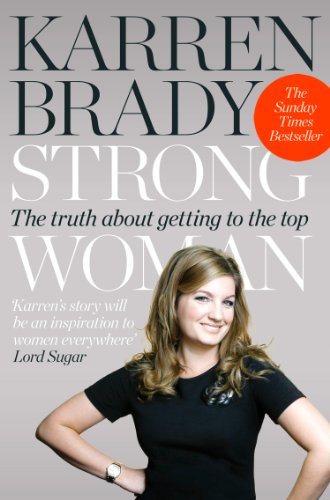 Strong Woman: The Truth About Getting to the Top
$4.99
Buy on Amazon

My Life in Business
8

Claude Littner is the right-hand man of Alan Sugar and also stars in the UK TV show The Apprentice. You can extrapolate a lot of business lessons from this book and, because it is an autobiography, I find it a lot more entertaining to read compared to a generic business book that just goes over business concepts and theories.

The First-Timer’s Guide to Paris

David and Goliath: Underdogs, Misfits and the Art of Battling Giants by Malcolm Gladwell